There is little doubt that fish meat is healthy. Dense with high quality protein, unsaturated fatty acids and micronutrients, it plays a crucial role in healthy nutrition. Oxygenation improves living conditions for farmed fish and is key to healthy fish-farming.

The high seas are a perilous place, particularly for fish. As modern trawlers pursue their prey further than ever, it is an odd twist of fate that land-based fish farms may soon be the more agreeable waters to be in – both for fish and fish farmers.

Moreover, fish primarily feeds the poor. Of the 30 countries most dependent on fish as a protein source, all but four are in the developing world, according to the Food and Agriculture Organization of the United Nations (FAO). In many of the least developed countries in Africa and Asia, fish accounts for more than half of the total animal protein intake. “If done right, fisheries and aquaculture can provide nutritious food for all and generate decent incomes, while supporting people-centered rural development and protecting the environment,” the FAO states.

Yet almost 90% of global fish stocks are fished either to sustainable limits or beyond. This makes breeding fish in aquaculture systems an important factor in satisfying the global demand for seafood. In fact, aquaculture surpassed wild capture as our main source of seafood for the first time in 2014.

Growing fish in cages that are inserted in open waters is a widespread practice, yet it is reaching its environmental and regulatory limits in many coastal areas. This makes fish farming in land-based tanks a more attractive approach for the long term.

Oxygenation solutions provides a small, but important contribution to securing a healthy diet for all. Once this custom-designed system is inserted into a fish tank, it adds oxygen to the water with a high degree of dissolution efficiency while requiring little energy input. In most cases, the system can be plugged into existing energy sources, eliminating the need for additional infrastructure and keeping costs at bay.

Oxygenation solutions distributes oxygen evenly in the entire water body thanks to millions of microbubbles. As they exit the system, they travel further and linger longer in the water, carrying oxygen to even the remotest parts. The most visible sign of such homogenous oxygen distribution is that the fish do not form clusters commonly seen in fish tanks with limited water quality. Instead they spread to all areas.

The microbubbles not only allow for a highly efficient oxygen dissolution but also reduce the concentration of dissolved nitrogen. This greatly improves the water quality and, in many cases, eliminates the need for external degassing units.

It is also possible to align the water’s circulation speed with the fish species and size. A built-in water flow indicator, which provides a quantitative overview of the water flow into each tank, allowing farmers to optimize their usage. This lowers operational costs while achieving greater efficiency in the production process.

Oxygenation solutions not only increases the efficiency of land-based fish farming to the point where it can compete with open sea fish farming, it also improves living conditions for fish.

The microbubbles move with the water in an ideal circular current. “The water flow exercises the fish, improving their well-being and meat quality while also increasing overall yield. As a positive side-effect, it causes fish faeces and uneaten food pellets to gravitate to the bottom of the tank from where they can be easily removed,” says Senior Development Manager at Linde’s Innovation Center for Aquaculture and Water Treatment, John Bertil Aakernes.

Faeces, uneaten food, but also parasites such as sea lice and chemicals used to keep the fish monocultures healthy, are a major issue for the industry today, particularly in open sea fish farming.

Using the right oxygenation solution may reduce the time fish spend in open sea cages to less than one year – from currently 18 months – by growing juvenile fish to a much larger size in tanks. This so-called post-smolt growth on land reduces their exposure time to environmental hazards and decreases the amount of waste material in the open ocean.

Going one step further, the right oxygenation system also has the potential to support land-based fish farming from egg to full grow-out. While this may seem somewhat unnatural, it helps to satisfy the global demand for healthy fish meat as open sea farms reach their regulatory and environmental limits. In the long run, a purely land-based approach enables fish farmers to run their business close to demand hot-spots, thus reducing transport cost and increasing the availability of fresh sea food. 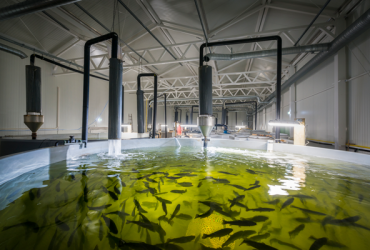 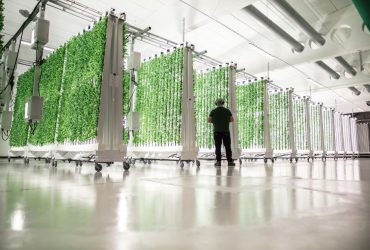