There is nothing down to earth about students Hannes Tomani and Ivo Lundin Hatje’s graduate project from Forsbergs college in Sweden. “Creation beyond the borders made by man,” is how they describe their ground-breaking work “Art By Space”, which was – quite literally – made by space. 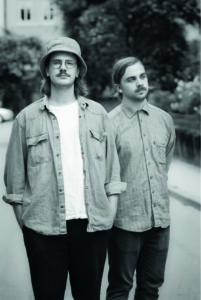 Hannes Tomani, copywriter, and Ivo Lundin Hatje, art director, teamed up whilst studying together at Forsbergs, a college in Stockholm specialising in advertising, copywriting, graphic design and game development. The world’s first-ever curators of space art explain that they saw their graduate project as a unique opportunity to do anything they wanted.

“So we created a painting made by space and its uncontrollable forces – Art By Space. Because why the hell not?” they write on their joint website. The concept for the project Art By Space is simple yet far-fetched. A helium-filled weather balloon was released into the air and sent up to about 33,000 meters. Suspended from the balloon was a box containing a white canvas and a number of smaller balloons filled with air and different-coloured paint. As the weather balloon rose into space, the ambient air pressure decreased gradually, causing the paint-filled balloons to expand.

At an altitude of approximately 20-30 km, the balloons began to burst one by one, thereby creating the artwork “Beyond Borders” – a painting that painted itself without human intervention, simply by rising into the vacuum of space. The entire process was filmed and can be seen on Vimeo.

“The idea comes from how crazy we think it is that the limits that we ourselves have created have such an impact on how we treat others. This is why we wanted to get out into space, high above the visible and invisible walls we’ve constructed. Where man has no control,” Tomani explained to Swedish design publication Cap & Design. “It’s a work for the whole world,” continued Lundin Hatje. “The forces of the universe treat us all equally, regardless of nationality, religion or ethnicity. These are the same forces that created the painting. We hope to auction off it for a large sum of money that we can donate to an initiative that has the ability to change the world.” 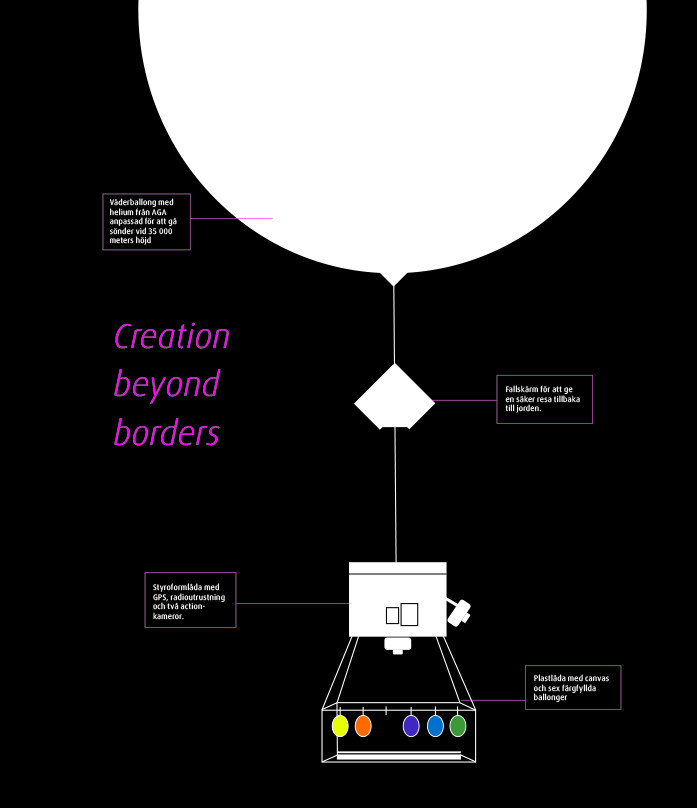 Tomani and Lundin Hatje were supported by Astronomisk Ungdom (AU, which roughly translates as Astronomic Youth), a non-governmental organisation that seeks to promoting interest in astronomy and space among young people in Sweden. AU, which has plenty of experience of sending weather balloons into the atmosphere, supported the initiative by providing the infrastructure needed physically to take the project from the surface of the earth into near space.

All the proceeds from the action of “Beyond Borders” were donated to international humanitarian-aid non-governmental organisation and Nobel Peace Prize laureate, Doctors Without Borders. 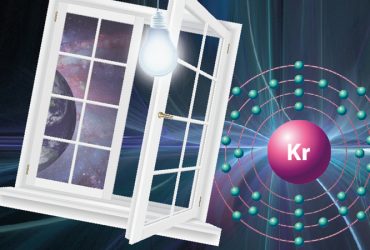 Krypton(Kr) is not just Superman’s home planet, but it’s …
Mixed/other